The third official part of the amazing RPG series survival games, which received tens of thousands of positive reviews throughout the post-Soviet space and was enjoyed by an incredible number of gamers! A survival Post-Apocalyptic game, which is a kind of prequel to the previous part of the series – Pocket Survivor 1 and Pocket Survivor 2!

Finally, fans of the series will be Let’s Survive able to find out the reason for the outbreak of the Great Nuclear War & Standoff Doomsday, after which the remnants of the Earth’s population, among the war and horrors of people had to wage a fierce struggle for the right survival to exist in the post-apocalyptic world!

Will you be the best stalker able to be survival in a home country where there was a nuclear explosion, leaving the whole area in the form of a nuclear wasteland for survival and the country itself has been torn to pieces by a bloody Great Civil War for Survival of the best part of civilians for several years now? Your goal is to survive in a small Russian southern city, which, by the will of the Fate & Standoff of this world, turned out to be a countdown point. After which the Last Day on Earth will come. And only you having a very small chance of survival in such difficult conditions of the Nuclear Desolation of the Future to try to somehow change history and save this world and claim the title of Lone Survivor! But it is not exactly. But I believe in your standoff among the ruins dying Civilization!

Features of the game:

☢ Advanced editor to create your own unique Surviving Hero!

☢ Interesting random text events, the outcome of which depends not only on your choice but also on external survival factors

☢ Sophisticated and well-thought-out loot system, and over a hundred random interesting events of the Survivors while searching among the ruins

☢ Over 100 different types of weapons, armor, helmets, backpacks, and costumes, including legendary and mythical items help in a standoff with enemies!

☢ If you are a fan of games such as STALKER Shadow of Chernobyl, Call of Pripyat, Clear Sky, Metro 2033, Fallout, Exodus, then this game is definitely for you!

☢ Real post-apocalyptic radio in the spirit of the previous parts!

☢ A clear pumping system and combat system will not be difficult for a beginner, but they have hidden depth!

☢ War of factions and the opportunity to join one of 5 warring factions, which are constantly fighting and survival for control of the city.

☢ Lack of a direct, linear plot, and the ability to study the world on your own by indirect events.

☢If you stay among the Apostles of Sin for a long time, you can become their henchman or turn into a living Zombie. Remember the Zombies among us! Beware of the radioactive fallout that has turned pets into terrible and bloodthirsty critters

Play as a resident of Russia who finds himself in a post-apocalyptic and help him survive in a world that is unfit for existence!

The game is under development and the work is done by one person. If you find bugs or errors, then write me on the email in contacts. I will be very grateful.

Good luck Best Survival!
– Fix bug –
1. Removed negative effects books
2.Fixed all untranslated words in English.
3.Added a personal safe in the corner with one slot to the hideout
-can be upgraded to 10 slots max.
-when creating a new hero, you can find old things
-no level limit
4.A new event unique gift is waiting in the letter
5.New items in the guide
6.In the About Me menu you can now see the number of deaths
7.Replacing all old bonus codes with new ones
8.Content of ad machines changed 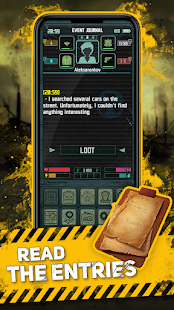 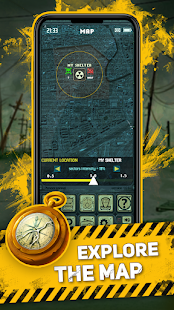 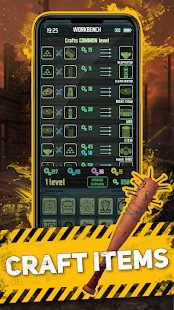 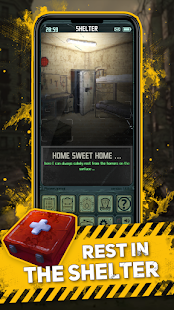 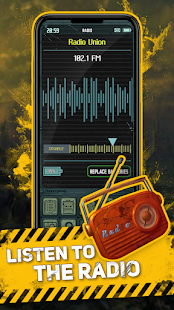 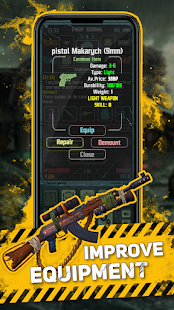